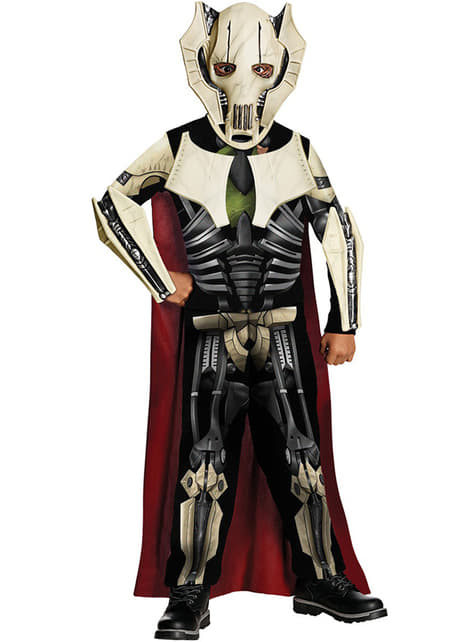 You'll fight against the Jedi in the Clone Wars but you’ll die at the hands of Obi-Wan with this Star Wars General Grievous costume for a boy.

General Grievous is a fictional character in the Star Wars universe who was the supreme military commander of the Confederacy of Independent Systems during the Clone Wars. Star Wars is an American media franchise belonging to the genre of science fiction, and was conceived under the screenwriter, director and film producer George Lucas. The plot is situated in a very distant galaxy, where there has been a confrontation between the Jedi and Sith for centuries.

This impressive costume includes a General Grievous jumpsuit representing the exo-skeleton of the General in silver, a green heart on the chest, covered by a bone-coloured pieces, bone-coloured sleeves, fingerless gloves and an awesome mask. 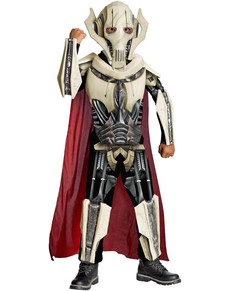 Upload your photos to Instagram with the hashtag #funidelia followed by #funidelia12245.