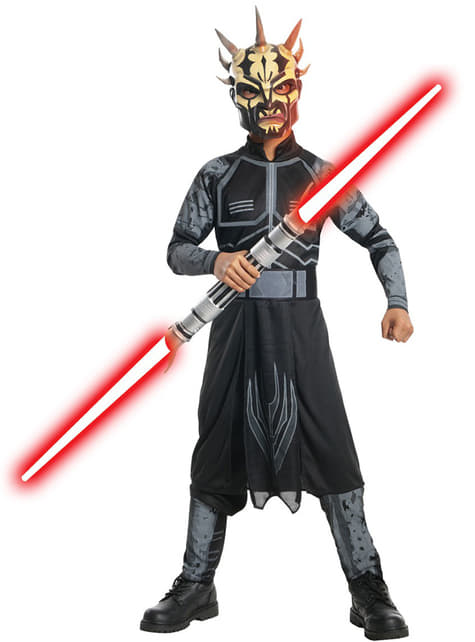 Savage Opress The Clone Wars costume for a boy

You'll be a fearsome Zabrak warrior and fight in the Clone Wars with this Savage Opress The Clone Wars costume for a boy.

Savage Opress is a fictional character from Star Wars, a powerful Zabrak warrior recruited by Count Dooku during the Clone Wars and Darth Maul’s fearsome brother whom he sought and found somewhere in the Outer Rim. Star Wars is an American media franchise belonging to the genre of science fiction, and was conceived under the screenwriter, director and film producer George Lucas. The plot is situated in a very distant galaxy, where there has been a confrontation between the Jedi and Sith for centuries.

This Savage Opress costume includes a black and grey jumpsuit and matching belt and a matching gold and black mask with long horns. 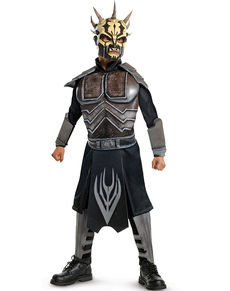 Upload your photos to Instagram with the hashtag #funidelia followed by #funidelia12230.