Deluxe Sonic costume for a boy

You’ll run at a supersonic speed with this Deluxe Sonic costume for a boy.

Sonic the Hedgehog is a video game character and mascot created by and for SEGA. He is also the main character of the series with the same name present in comics, cartoons and books. The first game of this franchise was created in 1991, to compete with video games like Mario Bros Nintendo. Sonic is a 15-year-old hedgehog, 1m and 35kg (according to the Japanese version of Sonic X) who has the ability to run at the speed of sound, a characteristic that he displays in most of his games, being also the mark of his identity.

This swift Sonic costume includes a blue jumpsuit with flesh-coloured arms and belly, built-in gloves and boot covers and a mask of the character’s head covering the top half of the face, moulded with ears and his famous crest. 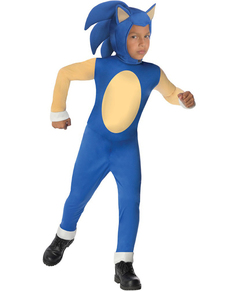 Sonic costume for a boy 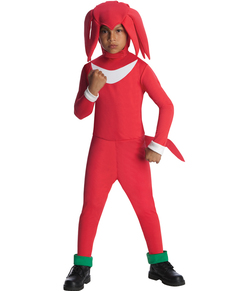 Upload your photos to Instagram with the hashtag #funidelia followed by #funidelia12416.